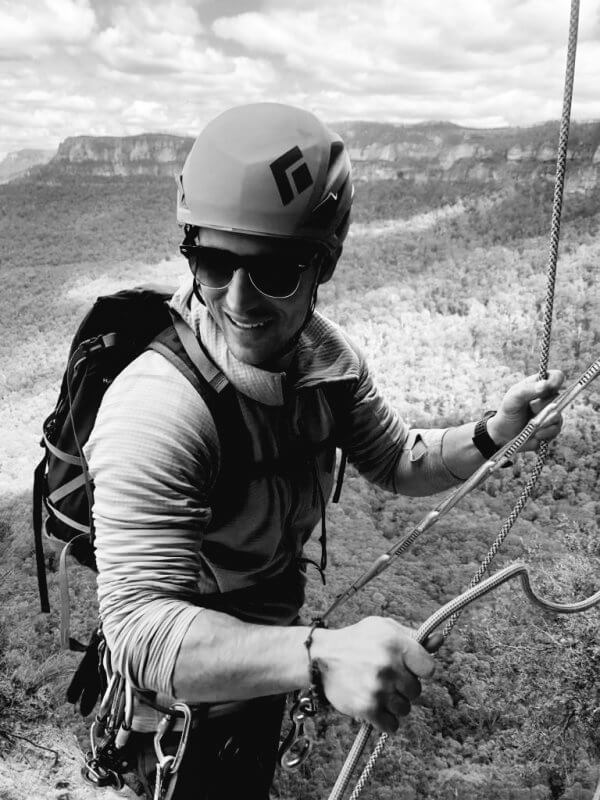 Like so many climbers of his generation, it was that fateful scene of Sylvester Stallone cutting loose in the opening of Cliffhanger that ignited Sammy’s love for climbing.

Since starting his climbing career proper in 2013, Sammy has dedicated much of his spare time, money, sweat and tears to the pursuit of his passion. With work and relationship commitments over the years preventing him from travelling, Sammy has thrown himself at all the best that climbing in New South Wales has to offer, from hard sport routes in Nowra, to long days multi-pitching in the Blueys, and adventurous trad routes in the Wolgan and Warrumbungles. Whilst he loves sharing belays with his climbing buddies, it’s not unusual for Sammy to venture out on his own to push his technical and mental limits lead soloing long classic routes in the mountains.

In 2019 Sammy finally decided to give it to the man to follow his passion whole-heartedly. With all the conviction in his heart, Sammy will tell you that becoming a guide was the best decision he ever made. He loves getting out there to share his knowledge with others and is keen to push the limits in all that guiding has to offer.

Aside from a BA in Fine Art and MA in Art History & Theory from his past life, Sammy holds a Cert. IV in Outdoor Recreation and is a qualified single and multipitch abseiling, canyoning and climbing guide. Sammy will be undertaking further studies in the near future to become a certified Alpine Ski Touring Guide and has his eyes firmly fixed on becoming a mountain guide in the future.