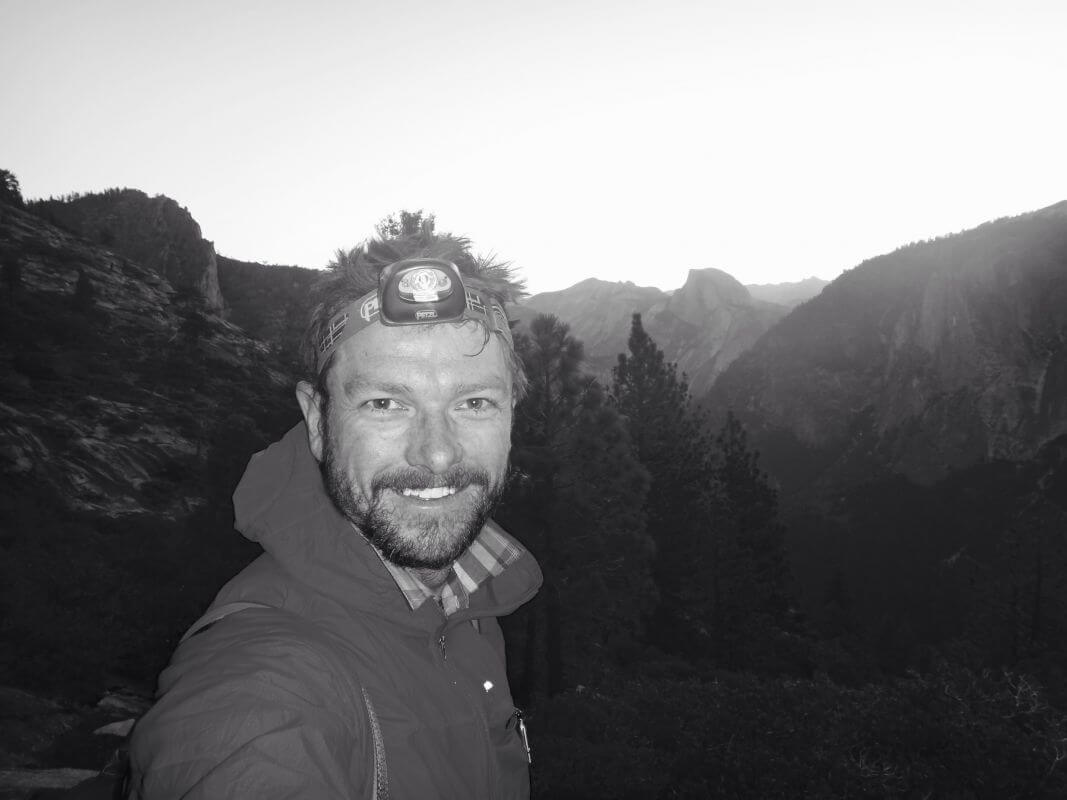 Hugh was introduced to climbing by his parents, who were climbers back when ‘sex was safe and climbing was dangerous,’ and while he was more excited about bushwalking than climbing at the time, he managed to pick up a few things along the way.

Then, when he was about 19 he went climbing in the Wolgan Valley and became completely enthralled with climbing. Bushwalking, employment, relationships, education, and family commitments were all relegated to the category of ‘things that get in the way of climbing’ and for a long while were avoided at all cost. Sport climbing never quite carried the prestige, history, and adventure of trad climbing for Hugh. Trad and multi-pitch adventure are where the heart is.

Chasing this has led Hugh across Australia and the globe, and often into the mountains. He has been fortunate to spend time in Yosemite, Tuolumne, and the High Sierra (Sunspot on the incredible hulk is his favourite route of all time). Hugh has climbed in Alaska on Denali, in the Alps of New Zealand, Kilimanjaro in Africa, the Dolomites in Italy, as well as having climbed extensively across Australia.

In the late 00’s Hugh became involved with a volunteer Wilderness Search and Rescue organisation and gained qualifications in Vertical Rescue and Public Safety. He has used these on a number of Search and Rescue call outs over the years, and has broadened his skills with the more industrial approach to roping. He describes the technical rigging for Film and TV, SAR, and Corporate jobs as “better than crosswords”.

As a qualified Trainer and Assessor Hugh has also considered himself lucky to train up and coming guides and instructors in both civilian and military roping disciplines.

He speaks passionately about the Expedition Medicine course he attended in Tasmania. He describes it as “Probably the best course I have ever done” with the kind of gleam in his eye that means he likely was up all night in the rain several days running!

When he finds himself working in the office, Hugh often says “my worst day guiding is still better than my best day officing”. His best days guiding usually involve climbing and instructing.