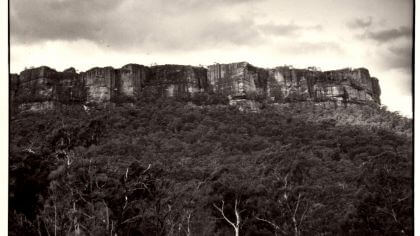 When most people think of mixed climbing they think of crampons, ice axes, rock and ice.  Mixed climbing in the Blue Mountains serves up something a little different . . .

On your harness is a selection of trad gear, bolt plates and quickdraws.  You’re squinting into the distance trying to spot a trad placement or a carrot bolt.  Maybe you’re run out on sandy rock, standing on a shrub and calling down to your belayer to check if you’re on the right route.  Welcome to mixed climbing in the Blue Mountains. 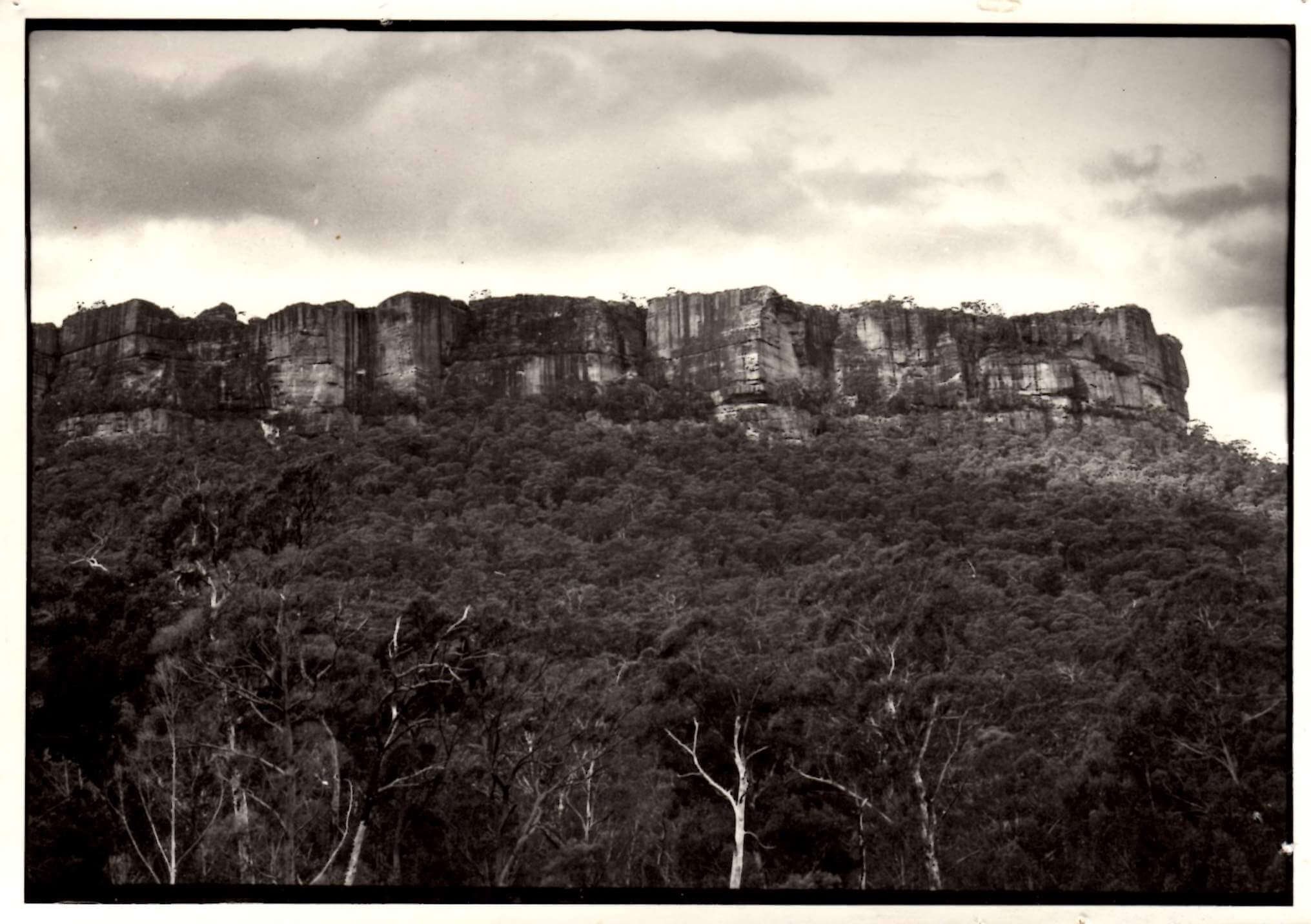 A mixed climb in the Blue Mountains is a rock climb protected by a combination of traditional gear, carrot bolts and the occasional fixed hanger.  You might even find pitons, ring bolts and bolted anchors (of varying quality)!  This mix’n’match approach to route development creates some breathtaking, classic routes that follow natural lines before striking out into a featureless sea of sandstone.

Blue Mountains mixed climbing is based on a minimalist ethic: an attempt to reduce the human impact on rock by using trad gear where it’s available, and carrot bolts where it’s not.  It is also a response to the unique features of the local sandstone, which has many different horizontal bands.  Some of these offer great trad placements and others don’t.

The vast majority of mixed routes were developed in the 1960s-80s, and today Narrowneck, Mt Boyce, the Wolgan Valley and Mt Piddington are strongholds of the style.  These routes are generally adventurous and off the beaten track, where you are likely to find loose rock, slippery lichen, tricky route-finding and long run-outs.

As sport climbing becomes more popular, for the moment mixed routes are being repeated less frequently, leaving their unique pleasures for the intrepid few with a thirst for a particular kind of adventure.

That’s it for today.  If you’d like more local beta or to find out about guided climbing in the Blue Mountains, contact us.